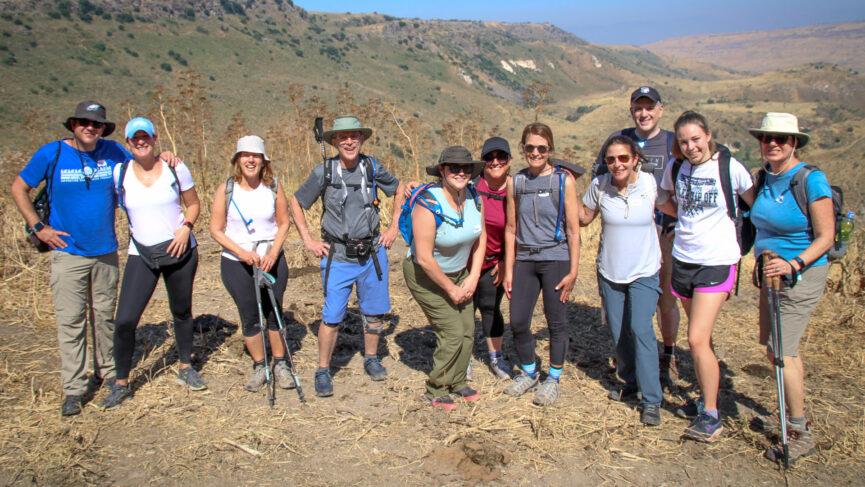 As Day 2 comes to an end and we settle in at Kibbutz Kfar Giladi, we reflect on all we’ve accomplished so far:

And we’re feeling tremendous gratitude for the fundraising for Ramah Tikvah programs. Thank you!

Today’s ride took all bikers along a northern route from Merom Golan towards the panhandle of the Galil, the northernmost section of pre-1967 Israel.

Shoafim bikers rode through the Odem Forest and the Druze village of Massade. Before entering the Galilee Panhandle, they visited two of the three main tributaries of the Jordan River. They first stopped at the Nahal Hermon Nature Reserve (better known as the “Banias”), where they are lunch. They then toured the amazing Tel Dan Nature Reserve. 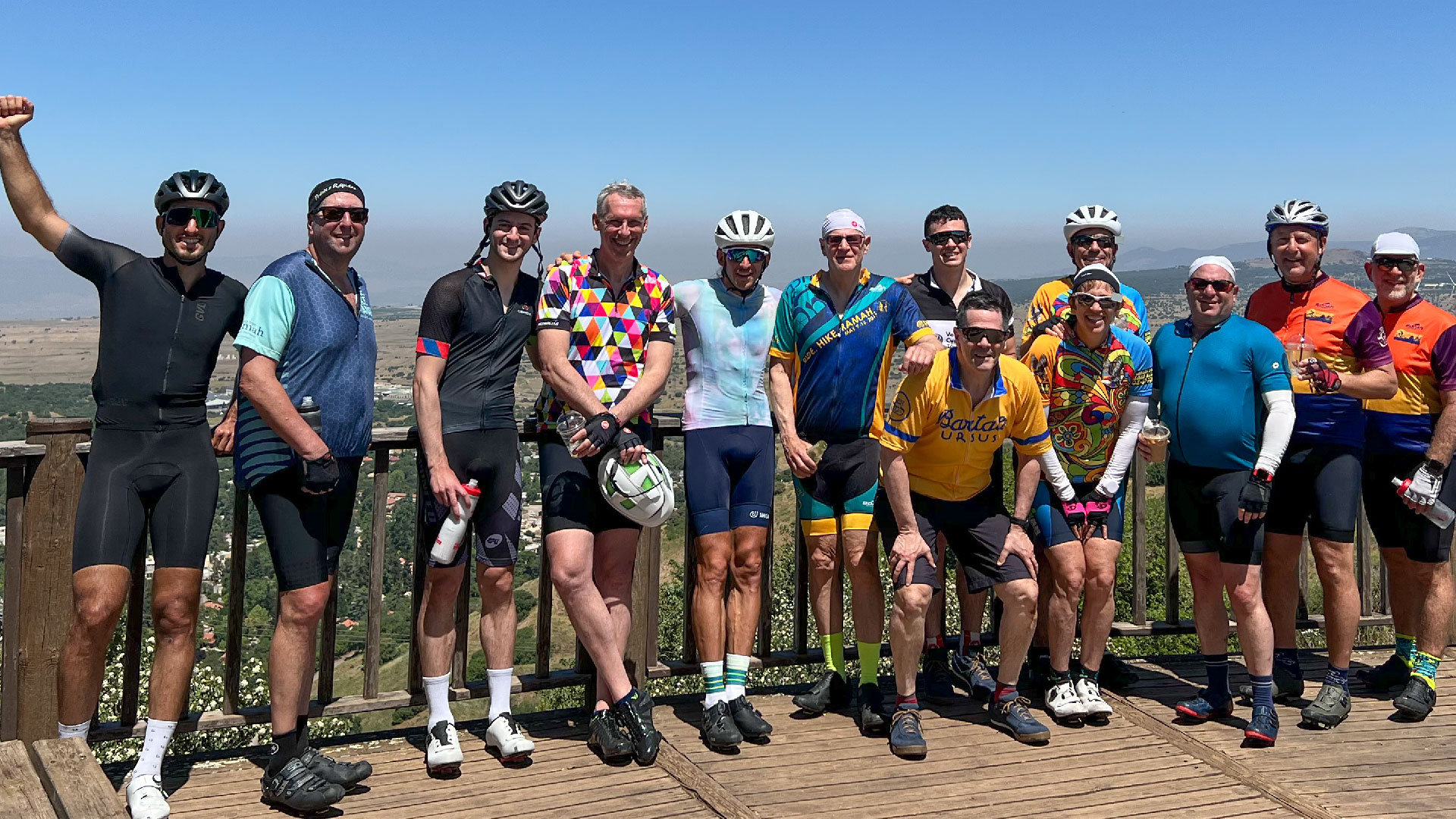 Bogrim and Mumchim bikers headed north through the Druze village of Majdal Shams, where riders chose to either climb up Mt. Hermon, the highest point in Israel, by bike or bus. (The ride up to Mt. Hermon is about 5 miles and 1,500 feet of elevation.) After a break at the top of the mountain, riders could cycle down or take the bus, eventually all riding west along route 99 towards pre-1967 Israel. On the way, they paid their respects at the memorial for the Egoz Commando Unit near the grave of the Druze prophet Nebi Hazuri, then joined up with the Shoafim for a lunch stop at the Banias.

Bogrim bikers continued west on route 99, and then for a short time on the Israel Trail. Mumchim bikers turned northwest along the Israel Trail and onto the main route 90 all the way to Metulla, at the northern tip of Israel. From the Dado Lookout (named for former Chief of Staff of the IDF, David Elazar), they saw Israel’s northern border and into Lebanon.

All biking groups completed the day at Kibbutz Kfar Giladi. 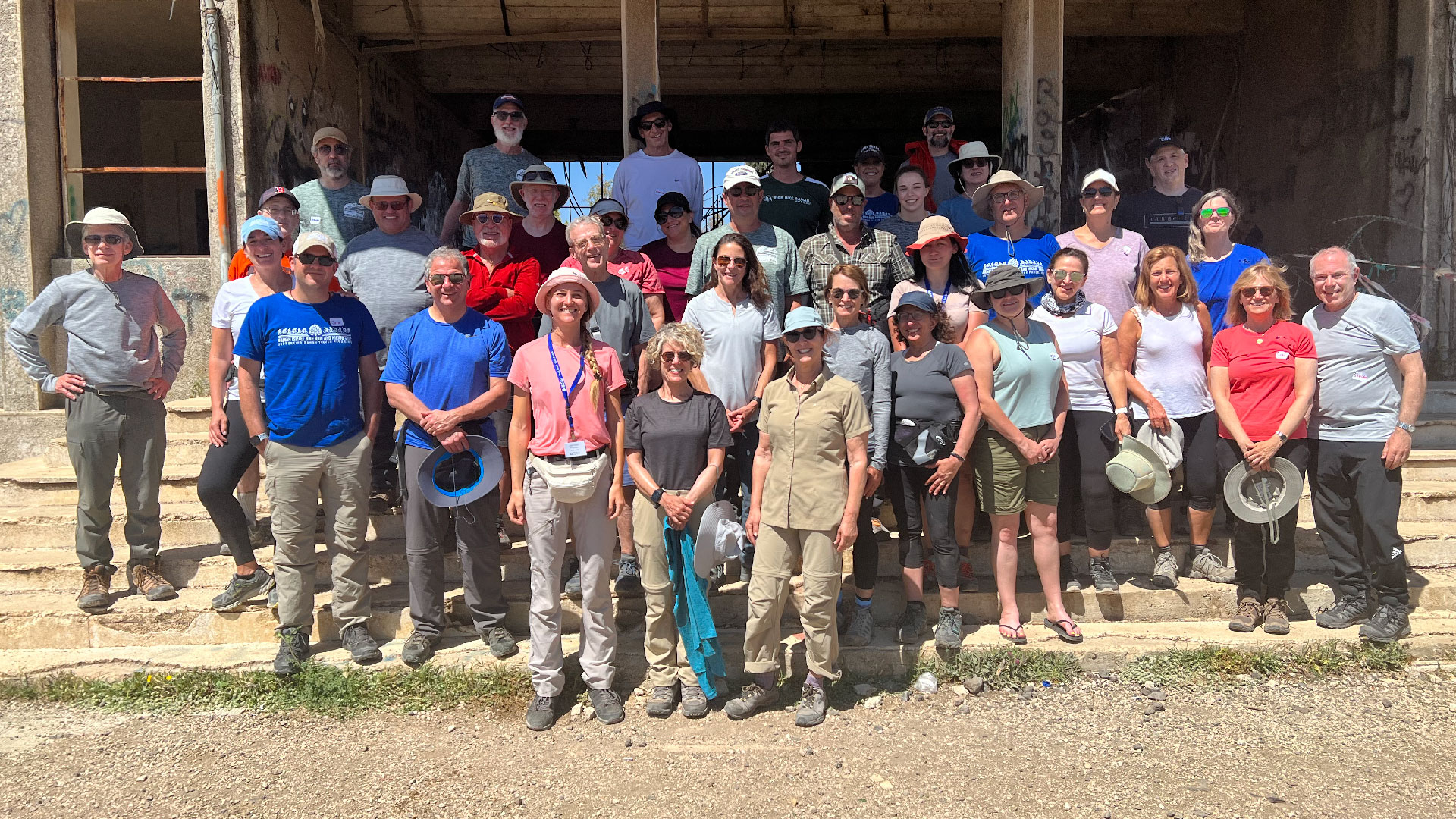 Before joining the bikers at Kibbutz Kfar Giladi, all hikers met up at the Bahat Wine Cellar and De Karina Boutique Chocolate Factory for a tasting and shopping.

“It was breathtaking to walk alongside the Kinneret this morning. I hope more people come to see the beautiful land of Israel. I’m enjoying this trip because I love Ramah and I love Israel.” –Scott Miller

“My third time on a Ramah hike is just as special as my first and second with spectacular scenery and wonderful people to share it with.” –Vivian Fried

“This is my third ride with Ramah. My family is strongly connected to Ramah and there’s nothing more meaningful than supporting the Tikvah program. The combination of Ramah, Israel, Tikvah, and community is fantastic.” –Bob Mindel 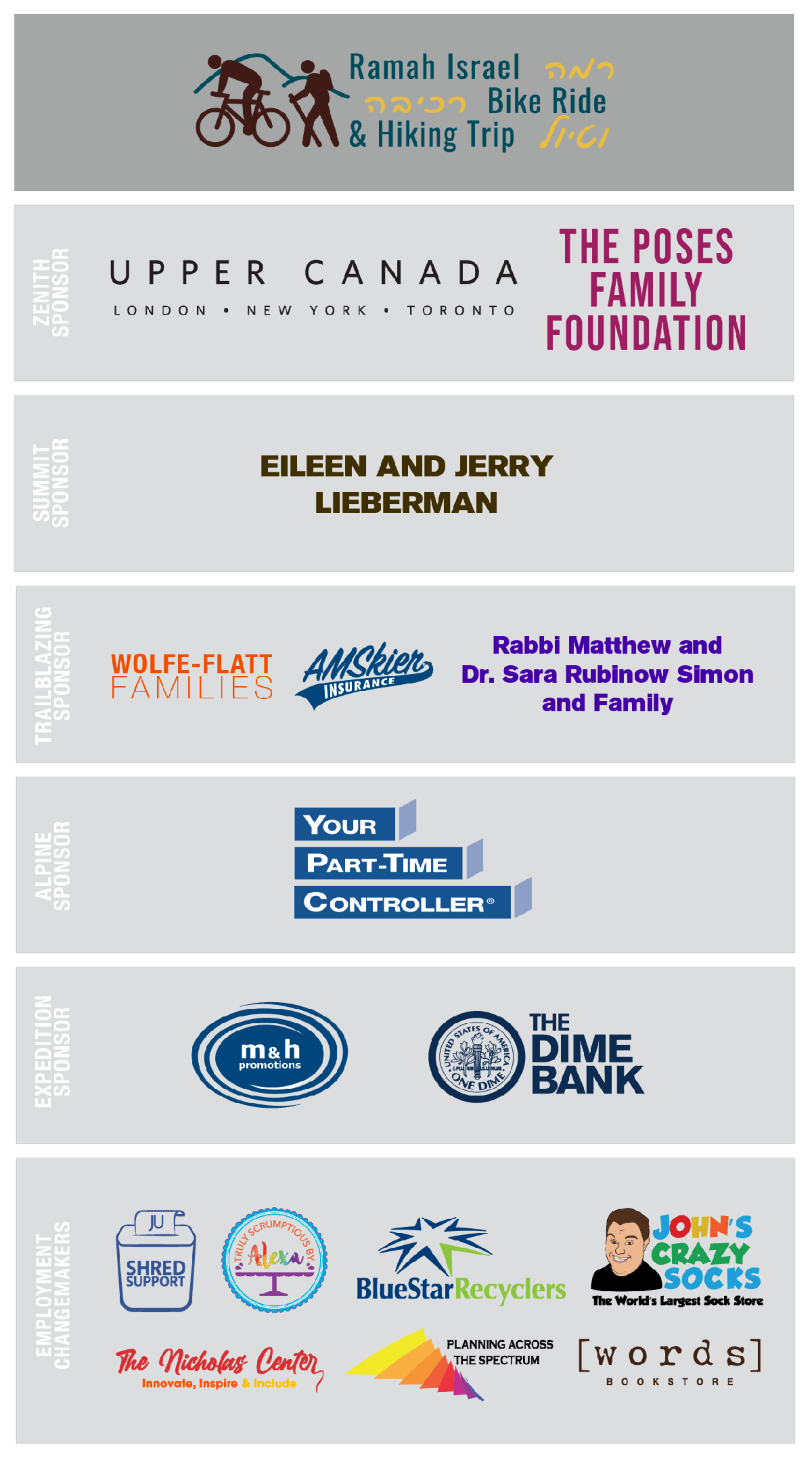